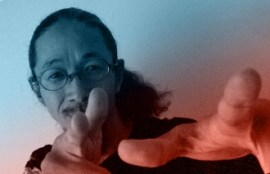 Director, Animator
Koji Morimoto (born on December 26, 1959) is a prominent film director and animator of many popular anime feature films. Projects he has participated in include: Akira, City Hunter, Dirty Pair: Project Eden, Fist of the North Star, Kiki's Delivery Service, Lensman, Macross Plus, Robot Carnival, Roujin Z, Tekkonkinkreet, and so many more!

This will by Mr. Morimoto's first time at AnimeFest! 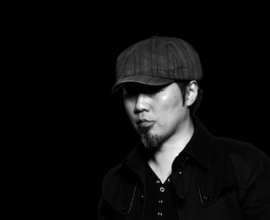 Animator, Illustrator
Tatsuyuki Tanaka was born in 1965 in Fukuoka Prefecture.

Often regarded as a genius artist, Tanaka is actively involved as an animator, illustrator and manga artist across many disciplines. With his ingenious drawings and the unique worlds he creates, Tanaka has garnered and continues to receive immense support from his enthusiastic fans. Some of the projects he has worked on are Akira, Nadia The Secret of Blue Water, Bubble Gum Crisis, and Genius Party.

This will be Tanaka’s first time attending AnimeFest.

Some of her works include Kamikaze Kaito Jeanne, Time Stranger Kyoko, Full Moon O Sagashite, and The Gentlemen's Alliance Cross. 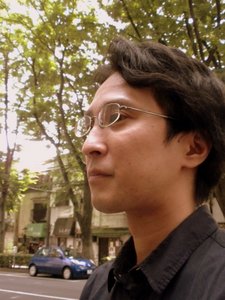 
This will by Mr. Yamashita's first time at AnimeFest!


Read more...
Dai Sato
Writer
Dai Sato (born in Shimane, Japan in 1969) is first and foremost an animation scriptwriter, with side projects creating scripts and concepts for various media.

Some of Mr. Sato's most recognizable projects he has been involved with include Cowboy Bebop (TV), Ghost In The Shell: Stand Alone Complex, Samurai Champloo (TV) (2004), Psalms of Planets: Eureka Seven (TV), Ergo Proxy (TV), FREEDOM (OVA), Eden of the East (TV), and most recently Lupin III: A Woman Called Fujiko Mine (TV).

This will by Mr. Sato's sixth time at AnimeFest! 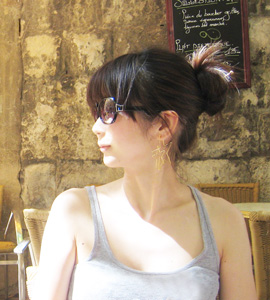 Heralded by many as one of the anime industry's future superstars, Ms. Yamamoto most recently directed the new Lupin III: The Woman Called Fujiko Mine television series.

This will by Ms. Yamamoto's first time at AnimeFest!

Band
LeetStreet Boys is an anime otaku band created in 2007 by singer / composer Matt Myers. The band gained international attention in 2008 with their breakout single and animated music video "Yuri The Only One", followed by the release of two albums, LeetStreet Boys and Otaku Hearts. 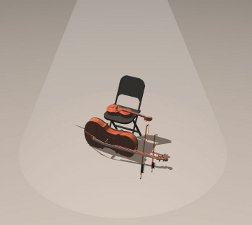 Musical Duet
Sisters Ramen and Rice come from the U.S. West Coast, and have been playing music together since childhood. They made their debut as the anime/animation/game music duet "Ramen and Rice" years ago at Fanimecon 2000. They are very grateful for all the opportunities/amazing people, and they are very happy to come "home" to the convention that has meant so much for their playing opportunity, AnimeFest! in Texas! 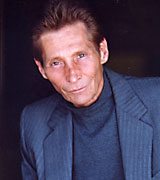 Voice Actor
Robert Axelrod has carved a career in show business that runs the gamut. Born and raised in New York City, he did commercials and theater as a child and teen, eventually ending up in the Soho Avant-garde Theater scene in a show called Little Trips, then Off-Broadway in a play called The Destroyers. Axelrod left acting for the world of music. He spent eight years as a working rock musician playing electric bass and singing in folk, rock, and soul bands. Music brought him to Los Angeles where he decided to return to acting, a decision he never regrets. 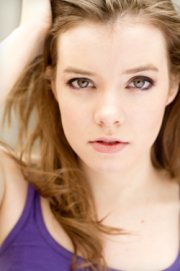 Voice Actor
Cherami Leigh is an on camera and voice actor from Dallas. She has been in over 75 commercials, and was a live national on air DJ for Radio Disney. She has appeared in many films and television shows, including the voice of Road in D. Grayman, Sae in Peach Girl, Yuti La in Heroic Age, Elizabeth in Black Butler, Patty in Soul Eater, Ayano in Kaze no Stigma, Natsumi in Sgt. Frog, Naomi in Witchblade, Yoshika in Strike Witches, Elicia Hughes in Fullmetal Alchemist: Brotherhood, Setsuna and Akira in Negima, Mai in Ghost Hunt, Tamaki in Bamboo Blade, Himawari in XXXholic, Cecily in Sacred Blacksmith, Liechtenstein in Hetalia, Lucy in Fairy Tail, Takeshita in B Gata H Kei among others.

Voice Actor
Mark Stoddard is a voice actor with almost 70 credited roles. He is best known as Inspector Meguire in Case Closed, Reiji Takayama in Witchblade, Yakushiji Tenzen in Basilisk, Dr. Hiriluk, Jonathan, and others in One Piece, and Dr. Briefs in Dragon Ball Z Kai. 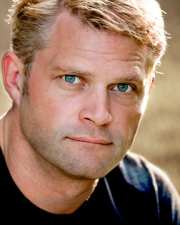 Voice Actor
Bryan Massey was born in Pontiac, Michigan but moved to Dallas, Texas when he was just 7 years old. After earning an Associate's Degree in Radio/Television, Bryan decided to pursue his acting career and moved to Hollywood, where he got his SAG card playing a Nazi on the X-Files. After spending 4 years in Los Angeles Bryan returned home to Texas, working in local improvisation troupes and continuing to write his own projects. With no local agent he would later go on to get a stint on Prison Break, only after crashing the audition! 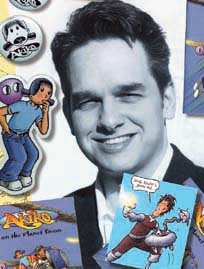 Manga Creator
Creator of Miki Falls, Brody's Ghost and a series of books and YouTube
videos on how to draw manga. He is the #1 artist on YouTube. Mr Crilley
will be discussing his work on panel discussions, teaching manga art
classes and signing autographs. 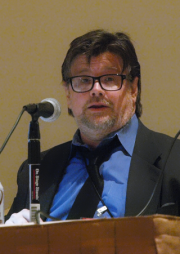 Writer, Artist, Voice Actor
Bruce Lewis is a voice actor, writer, and artist who has worked in the American anime and manga business since 1993. He is the author of one of the best-selling how-to-draw-manga books ever, Draw Manga: How To Draw Manga In Your Own Unique Style (Anova, 2005). He has also written many magazine and web articles on the subject of Japanese popular culture. He was the screenwriter of Kodocha, Episode #32, "Father! You Were Arrested!" for FUNimation Productions as well. 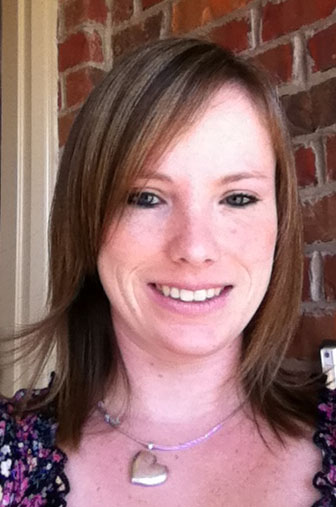 Manga Artist
Kristen McGuire is a self published manga artist who has plagued the local anime conventions for years convincing unsuspecting victims to purchase her comic book series, Enchanted.

Read more...
Two Lumps
Web Comic Artists
Mel Hynes and J. Grant are a conglomerate beast, spawned in California's strange climes and summoned to the heart of Dallas, where they now reside in a dank cave. Between the two of them, they create the webcomic Two Lumps, as well as various other comics and works of literature. 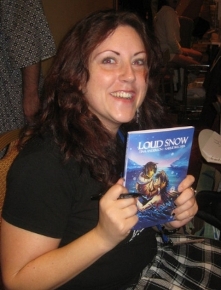 Artist
Amelie "Ami-Chan" Belcher was born in Baton-Bloody-Boring-Rouge Louisiana where the combination of chemical plant fumes and river water did major damage to her fragile little mind at an early age. By all accounts, she started drawing at the age of five (when she figured out that the pencil goes on the paper and not up your nose) and didn't stop drawing until she ran out of paper...twenty years later.

Prop Builder
Mike Iverson is a prop builder who has been making replicas from movies, television, games, and anime since 2005. 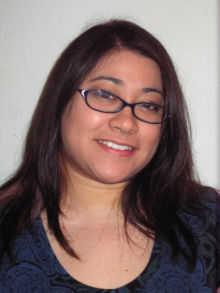 Producer, Voice Actress
Producer, Animator, Director, Actress, and Makeup FX artist, Samantha
Inoue-Harte, has been working in the film industry since 1997 and
proves she is a true Renaissance woman.

Her acting can be seen in Sin City, Office Space, Planet Terror, Beatdown, Machete and many more.

Game Show Host
Greg Wicker (or “Greggo” as he’s fondly known) has been producing and hosting game shows at anime conventions since 1999, when he premiered Anime
Match Game at Project A-Kon in Dallas. Since then, Greggo has done anime-themed versions of several classic game shows, created a few games of his own, and even had an original project that very nearly turned into an actual television show on Anime Network. These days Greggo is concentrating
on perfecting his craft and making game shows available for conventions everywhere, bringing his rapier wit and friendly personality with him wherever he goes.

You can see some of Greggo’s past game show efforts on his
YouTube page or visit his website. 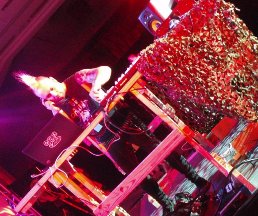 Friday Night DJ
Characterized by an eclectic mix of Punk influences, EDM, and Dark Electronica, Dj Johnny Violence has been an active Dj in the Dallas club scene for the past decade. Laying down beats at everything from field raves and house parties to being a frequent guest at some of the premier clubs in Dallas and Austin. Debuting at AnimeFest, Johnny V is no new comer to the convention circuit, having been an integral part of the DJing staff at A-kon for four years running.
DJ Blade 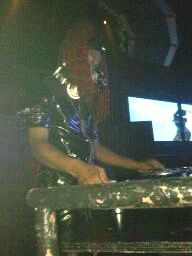 Saturday Night DJ
DJ Blade started spinning in 2004 in Hollywood, California, where he was well known as the youngest DJ in Cali at the age of 17 and made it in the club scene and the LA Times newspaper. The biggest thing that has happened to him was being sponsored by ID&T. He also has his own radio show on deepellumonair.com; the show's name is Deep Ellum Bunker. And now for the second year in a row he is back for more here at AnimeFest....to make you move and grove and enjoy the best in trance house and more.
DJ Bleuwulf 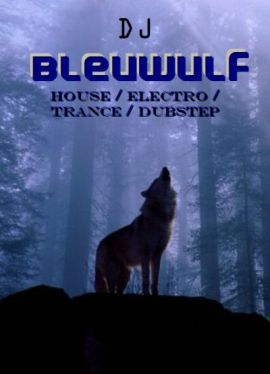 Sunday Night DJ
DJ Bleuwulf is a local resident of DFW who has performed both in the US and in Tokyo, Japan. His style is eclectic spanning from house remixes of popular top 40 music to trance to the dirtiest electro beats. A regular Cosplayer, he has attended AnimeFest for seven years, but this will be his first opportunity to spin for the AnimeFest crowd. Says DJ Bleuwulf: "My goal for every performance is one thing and one thing only: Total crowd euphoria!"