Ms. Tanemura debuted in 1996 in Shueisha’s Ribon Original June edition. Her debut piece was titled Nibanme no Koi no Katachi, often translated as The Style of the Second Love.

Some of her more popular works include Kamikaze Kaitou Jeanne and Full Moon O Sagashite. These two works have also been adapted into TV Anime Series in Japan that have been broadcast and licensed in numerous countries throughout the world. Another popular work released in the US by VIZ is The Gentlemen’s Alliance Cross.

All of Ms. Tanemura’s works are created entirely by hand (she does not use digital tools), enhancing her unique vision and expression. This has helped establish her as a widely recognized authority on hand colored illustrations.

Currently Ms. Tanemura is working on the serialized Sakura Hime in Shueisha’s Ribon magazine, as well as an Essay Manga entitled Arina no Tane for Shueisha’s Cobalt magazine.

Ms. Tanamura has also been involved in a variety of other creative fields, including fulfilling the role of a Radio Personality and singing the tracks on an Image Album. Please continue to support her as she explores additional creative avenues. 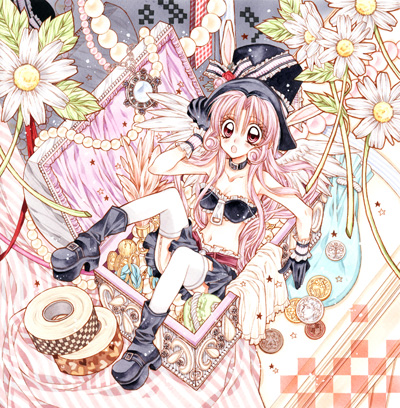 You can read Arina Tanemura's full list of works on Anime News Network.


This will be Ms. Tanemura’s first time to AnimeFest!
Please extend her a very warm welcome!!