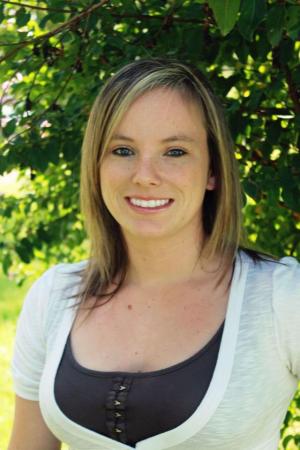 Kristen McGuire is a future famous artist and voice actress with an itchy drawing hand and an overactive imagination. Armed with a Wacom tablet and a degree in Visual Art and Communication, Kristen has managed to self-publish six different comic books since 2008 and has plagued many conventions where she has convinced unsuspecting teenagers to buy her comics and art.
Her comic titles include Enchanted (chapters 1-5), A Day in the Life of a Cat Girl, and her newest weekly web comic is Chibi Zombie Slayer.

Along with her comics, she has also self-published a children’s book on amazon titled I Wish I Were Blue.

Kristen has also recently jumped into the role of voice actress and is now working for FUNimation doing voice overs for anime. She has provided additional voices in Evangelion 3.33: You Can (Not) Redo and Haganai Next.

Currently she is planning her next comic book series and can be seen around the Dallas / Fort Worth Metroplex teaching teenagers how to draw manga and anime at various libraries.