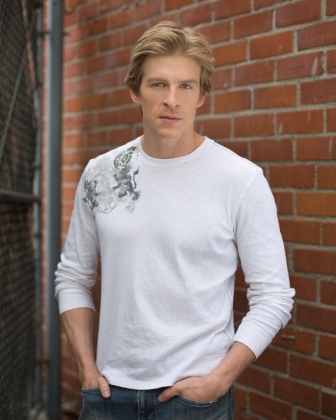 Actor and Producer
Reuben Langdon is a Los Angeles-based Actor/Producer/Activist/Truth Seeker and one of Hollywood and Asia’s most sought-after martial art/stuntmen. In recent years he has turned his physical discipline into a career as a noted actor and producer of game cinematics on AAA game titles as well as other high profile multimedia projects.

At a young age Reuben began his career in Japan as a series regular acting in the Japanese superhero TV series “B- FighterKabuto.” He later relocated to Hong Kong to work alongside the most recognizable names in action, including Jackie Chan and Sammo Hung. Eventually he made his way to Hollywood and worked regularly as an actor and stuntman on the international hit show “The Power Rangers.”

Complimenting his success in the world of film and television, he has performed in and produced numerous motion capture shoots for interactive video games, most notability the Resident Evil and Devil May Cry franchises. His motion capture performances have made it to the big screen in Steven Spielberg’s and Peter Jackson’s, The Adventures of Tintin, and James Cameron's Avatar.

In 2001, he co-founded Just Cause Productions – a full-service motion capture, 3D animation, production and post-production company with offices in Los Angeles and Tokyo. Later in 2013, with connections forged through his work on Avatar, Reuben helped to transform Just Cause Productions to Just Cause Entertainment, a tech based media and entertainment development company that maintains a focus on creating fresh, innovative, transformational media content.

In constant search for new technologies, Reuben pursues his passion for
discovering new technology that will change the world’s energy paradigm while simultaneously running Just Cause Entertainment.

You can learn more about Rueben on his website. You can also check out his stunts, action star work and motion capture work on YouTube