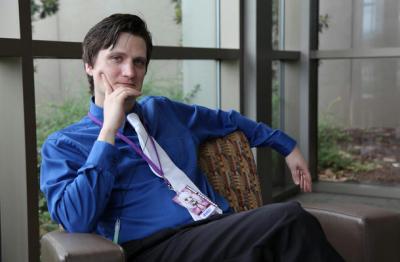 Greg Wicker, or “Greggo” as he’s fondly known, has been producing and hosting game shows at anime conventions since 1999, when he premiered Anime Match Game at Project A-Kon in Dallas.

Since then, Greggo has done anime-themed versions of several classic game shows, created a few games of his own, and even had an original project that very nearly turned into an actual television show on Anime Network. These days Greggo is concentrating on perfecting his craft and making game shows available for conventions everywhere, bringing his rapier wit and friendly personality with him wherever he goes.