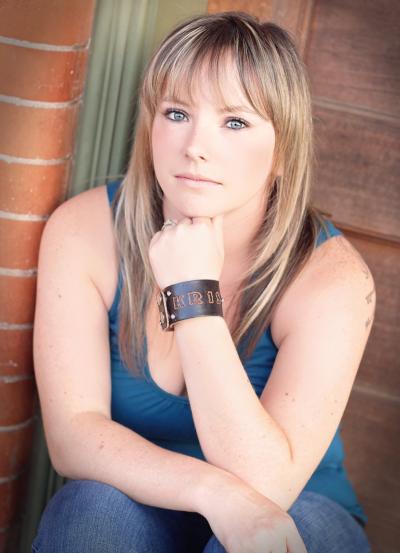 Kristen McGuire is an award winning artist and voice actress with an itchy drawing hand and an overactive imagination. Armed with a Wacom tablet and a degree in Visual Art and Communication, Kristen has managed to self-publish seven different comic books since 2008 and has won two awards for her original paintings, some of which have sold for over five hundred dollars while on display at local art shows. Her art, which heavily feature original characters and designs have even inspired professional cosplayers in the industry who have gone on to compete in cosplay competitions utilizing Kristen’s designs.

Her comic titles include Enchanted (chapters 1-6), and A Day in the Life of a Cat Girl. On top of her self-published comics, Kristen is also internationally published as a contributor in Flame Tree Publishing’s new drawing book Drawing Basics Made Easy.

In 2013 Kristen jumped into the role of voice actress and she started working for FUNimation providing voice overs for anime. You can hear her as "Chiyo Kurihara" in Prison School, "Hinano Kurahashi" in Assassination Classroom, "Vera" in Maria the Virgin Witch, "Yuriko" in Mikagura School Suite, "Beach Chevro" in Sky Wizards Academy, "Touma" in Noragami Aragoto, "Harumoa" in Tokyo ESP, "Charm" in Heavy Object, and she also has provided additional voices in several other anime titles and indie video games.

Currently she is working as a script writer for FUNimation as well as a coloring assistant for Sonny Strait on the popular Dark Horse comic, Elf Quest. She can be seen around the Dallas / Fort Worth Metroplex teaching teenagers how to draw manga and anime at various libraries.