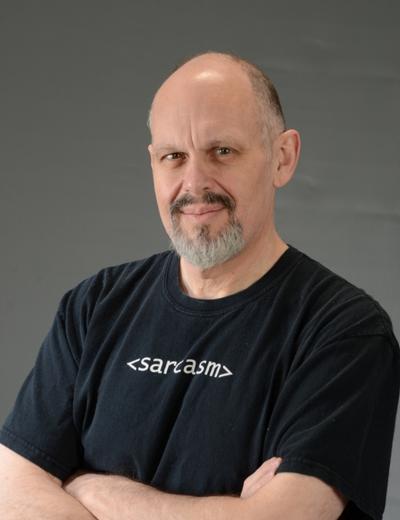 Robert is one of the founders of AnimEigo, the oldest surviving Anime releasing company in North America. Also known as one of the authors of the early Wizardry-series computer games, he founded AnimEigo in 1989 with fellow game-designer Roe R. Adams, III after they had the hilariously bad idea that people might actually want to buy properly translated and subtitled Anime.

Robert says AnimEigo's philosophy is:
Quote:
First, we have to like it, then we have to fool ourselves into believing it'll make money. Worst-case, we'll release something we think is worthwhile.

In recent years, AnimEigo has been releasing custom, limited-edition Blu-ray sets of classic anime via Kickstarters, tuning each release based on feedback from project backers, and even letting them work on the project (aka “slaving away in the sausage factory”). Already released are BD sets of Bubblegum Crisis and Otaku no Video, to be followed this winter by Riding Bean.

At the convention this year, Robert and Gilles Poitras will be recording a commentary track for Riding Bean live -- with audience participation. You are invited to come and be part of what could be an epic train-wreck.

And rumor has it that maybe -- just maybe -- he will announce a new project at the convention.