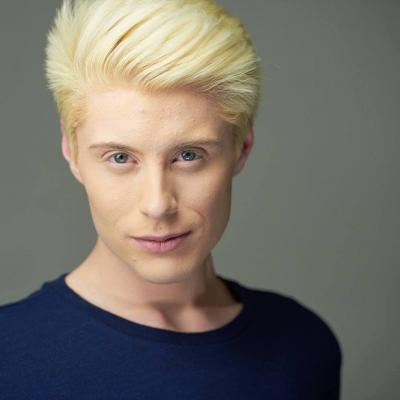 Spanning across the map from New York to Texas, Daman Mills is a Voice Actor that records for anime dubs primarily with FUNimation Entertainment. He has worked with many talented folks at studios such as Okratron5000, DuArt Film & Video, Sound Cadence Studios, and an abundance of others. Besides ADR dubbing, Daman also records for video games, commercials, promos, and telephone prompts. He enjoys a healthy overdose of coffee, being fabulously fashionable, blanket forts, and binge watching Netflix.

Daman is beyond thrilled to be in FUNimation’s Theatrical Release of One Piece Film: Gold as the voice of "Tanaka", Gran Tesoro’s head of security. Potentially best known as the voice of "Jyugo" in FUNimation’s English Dub of NANBAKA, Daman has also worked on popular franchises such as Pokémon as a member of the villainous "Team Flare", as well their 18th film adaptation Pokémon the Movie: Hoopa & The Clash of Ages. Daman provides the voices of "Yakov Feltsman" in Yuri!!! on Ice, "Honebami Toushirou" in Touken Ranbu: Hanamaru, "Haruhiko Hanasaki" in Trickster, "The Krow" in YIIK: A Postmodern RPG—with other titles including: Drifters, Kiss Him, Not Me, Puzzles & Dragons X, Cheer Boys!!!, Holy Knight, Show By Rock, Regalia: Of Men & Monarchs, All Out!!, and Joker Game.

This will be AnimeFest's first time to host Daman Mills.
And we hope you are as excited as we are to welcome him!!