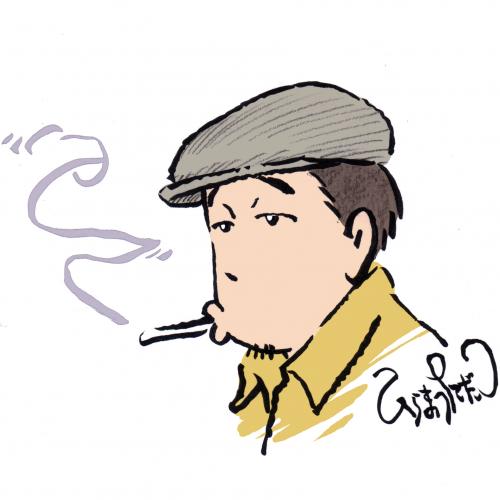 Animator, animation director, and character designer Tadashi Hiramatsu was born in 1963 in the Aichi Prefecture of Japan.

After an intial year of working as a salary-man, Mr. Hiramatsu ultimately decided to quit and join an animation studio called Nakamura Production. His debut work as a key animator was for the show Mister Ajikko. He continued to draw and to explore a variety of shows across several genres, eventually realizing he preferred to focus more on everyday drama scenes.

Mr. Hiramatsu later went freelance and joined Studio Curtain, which led him to work on several World Masterpiece Theater shows. During this time, Mr. Hiramatsu was also invited to Gainax, where he worked on Neon Genesis Evangelion.

Mr. Hiramatsu has contributed to many anime works, such as Nadia: The Secret of Blue Water, Re:Cutie Honey, His and Her Circumstances, Magical Shopping Arcade Abenobashi, Parasyte -the maxim-, FLCL, Yuri!!! on Ice. He has also been featured in Japan Animator's Expo of 2015, as the director of 2 shorts: Until you Come to Me and On a Gloomy Night.

All image copyrights belong to their respective owners.
Fun side notes: Mr. Hiramatsu enjoys classical music and drawing cute girls. He helped with the musical selection in FLCL, as well as changed the hairstyle and wardrobe of the character "Eri Ninamori" in every appearance in the show.

This is Mr. Hiramatsu's first time to join AnimeFest!
Please extend him a warm welcome!