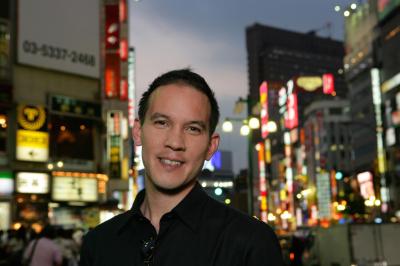 Writer, scholar, editor and cultural critic Roland Kelts is the author of the critically acclaimed and bestselling book, JAPANAMERICA: HOW JAPANESE POP CULTURE HAS INVADED THE U.S. His writing is published in the US, Europe and Japan in The New Yorker, The Guardian, The Wall Street Journal, The New York Times, Time Magazine, Harper's Magazine, The Japan Times and many others. He contributes commentary on Japan to CNN, the BBC, NPR and Japan's NHK, and gives talks at venues worldwide, including The World Economic Forum, TED Talks, Harvard University, the University of California, Berkeley, the University of Tokyo, the Singapore Writers Festival and several anime conventions in the United States.

He has won a Jacob K. Javits Fellowship Award in Writing at Columbia University and a Nieman Fellowship in Journalism at Harvard. He is currently a visiting lecturer at Waseda University and is finishing two books, a novel and a new version of JAPANAMERICA. He divides his time between Tokyo and New York City.

Also, don't forget to check out Roland Kelts on Twitter.