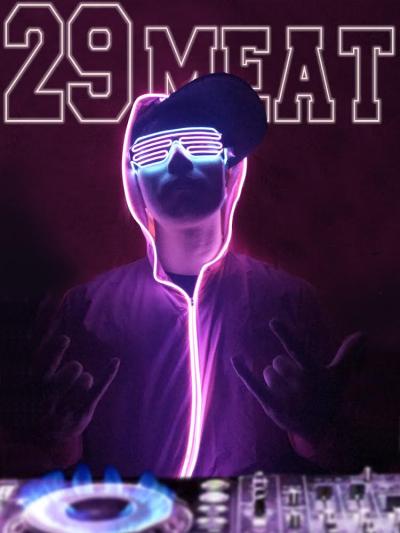 Activities are performed in layers different from other Anime song DJs such as
animation songs with many hit songs and DJ play specialized for game music,
such as being able to officially use music and video of animation. In addition,
engaging in a comprehensive animation event planning not only for DJ players, such as collaborating with the audience at the oversea anime event and DJ activities and each animation record company and animation maker. 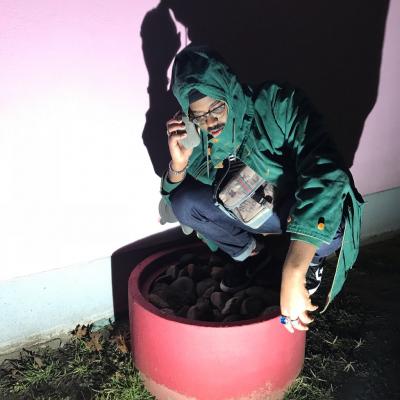 As a part of the dance music scene for over eight years, and the anime convention scene for over ten years. Sterling BLK (formerly known as Melee Max) has played his fair share of events; weddings, private parties, major events, anime conventions, and local clubs. He has also been a featured artist in many articles, and blogs including Last Company & Clothing monthly blog.
Twitter: https://twitter.com/boyblk
Soundcloud: https://soundcloud.com/boyblk
Instagram: https://www.instagram.com/boyblk

Ms. Kue
Ms. Kue has been a DJ in the DFW Metroplex for 17 years, 15 of which have been spent in radio as an on-air personality and a mixer. Currently, you can listen to her show, On Heavy Rotation, on Saturdays from 4-8 p.m. on KNON 89.3 FM. On Heavy Rotation targets all generations by offering an eclectic mix of Cumbia, Tejano, Salsa, Latin Fusion, Latin Hip Hop, Hip Hop, Old School Hip Hop, Booty, Elctro House, Reggaetion, Funk and R&B Soul music.

In addition to her radio experience, Ms. Kue has hosted numerous festivals; you can catch her annually at The KNON Latin Energy Festival and Low Rider Carshows. Because Ms. Kue is musically versatile and capable of mixing a wide range of genres, she's been able to DJ in many top DFW venues as well as private events. To hear Ms. Kue's mixes, head over to mixcloud.com/mskue.

RNZO
Dallas born and Dallas bred, the RNZO name has become synonymous with dance floor enthusiasts all over the region, making him the DJ that can take the standard ol’ party to a completely new level! Across electro, progressive and deep house vibes with a squeeze of trap, twerk and hip-hop, there is a new wave of explosive DJ tricks coming straight from the RNZO camp.

With almost a decade behind him, this musical charm has taken a passion for electronic music and beyond, delivering it hot every time and resonating with the likes of Laidback Luke, A-Trak, Jazzy Jeff, Keys N Krates, Eskei83 and DJ Snake to get the idea. Behind the decks, it’s no surprise when the atmosphere changes that RNZO has taken to the control point, making a clear mark on party advocates while embracing the hottest, pioneering tunes of the present and past.

RNZO has taken to stages across the map, bringing him with an enviable array of tunes, showing just how the vibe needs to be handled. With guest spots at A-Fest, Project: A-Kon and SXSW Multimedia, there is no denying that the buzz exists when a beat is dropped and the crowd is moving. Holding up the party fort and keeping room for more in the music catalogue, RNZO has the track list on fire, each and every time.
[/center]

DJ Miss CJ
Miss CJ has been part of the Dallas EDM and Music scene since she was 18 years old. She is a classically trained pianist and vocalist. Her passion for music and love for dance is what puts her in the limelight. Throughout the years CJ has played in multiple electronic bands and was a resident DJ at many venues in the Dallas/Ft Worth areas. She has been a huge support to the local scene and has toured throughout the US and Germany. In 2013, Miss CJ played her first Anime Convention called A-Kon. You probably have heard her play main stage over the last several years. In 2016, she was given the opportunity to play A-Fest. She threw down that dirty bass that she is known for and a ton of new Anime Remixes. Miss CJ is currently working on her music production with her partner DJ Sickone. Together they are in a group called "Basshead Society". They have thrown multiple music festivals and shows and they are always open to new talent. Please make sure to check out Basshead Society and DJMissCJ.com for future events, music festivals, photos, and more.

DJ Sickone has been in the EDM music scene since 1995. Throughout the years he has had multiple DJ residencies, thrown music festivals, and is known for remixing tracks live on the spot. He is a huge supporter in the local scene and has been a mentor to many local DJ's. He loves to teach and is always looking for ways to give back to his community In 2012, he was asked to play his very first Anime Convention called A-Kon and has been a resident DJ ever since. You have probably heard him play main stage on numerous occasions. In 2016, he was asked to play A-Fest with his partner Miss CJ. Together they are known as "Basshead Society". Well, it's 2017 and he was asked to come throw down once again. Get ready for him to take you on a music journey that you will never forget.

Dallas born Charlie Rocket, has impressively taught himself the skill to becoming a successful DJ, Producer, and DIY Keytarist. With over five years experience producing, he’s had multiple releases on the widely popular dutch label Housepital Records, including “Dance or Die”, “Oh No!”, and “We Are Starfighter Pilots”, with several more bass tracks soon to be released.

Not one to be limited to a single genre, Charlie Rocket is a multi-genre artist with a cyberpunk influence who appreciates a variation of genres including trap, metal, dubstep, future, electro trash, and enjoys blending the wide range of sounds into seamless rock and roll inspired mixes. His eclectic taste in music appears in live sets during his performances with the theme “Welcome To The Wasteland”, a post-apocalyptic showcase that is unlike any other live music experience out there. Teamed up with his wildly popular keytar, Charlie Rocket exemplifies the ways in which the darker side of Electronic Dance Music is enjoyed while encouraging fans to get wild and enjoy the party.

After an unforgettable performance at the live music venue, Bomb Factory, Dallas, TX, supporting international talent and performing for over 2,000 attendees during the Rave of Thrones, his features in Dallas Guide Live, Dallas Morning News, and the Observer, plus a follow up of being added to the Kannibalen Record's own official Dallas tour supporting the Black Tiger Sex Machine in 2017, has managed to make himself an up and coming staple name in the Dallas EDM scene, and definitely "one to watch" as reported by several large name promotional companies.

Having been a longtime cosplay and convention veteran, Charlie Rocket is more than excited to make his debut to the convention circuit in 2017 to share his EDM vision with all of his friends and cosplay family.
www.thisischarlierocket.com
Facebook: https://www.facebook.com/THISISCHARLIEROCKET
Twitter: https://twitter.com/CharlieRocketDJ